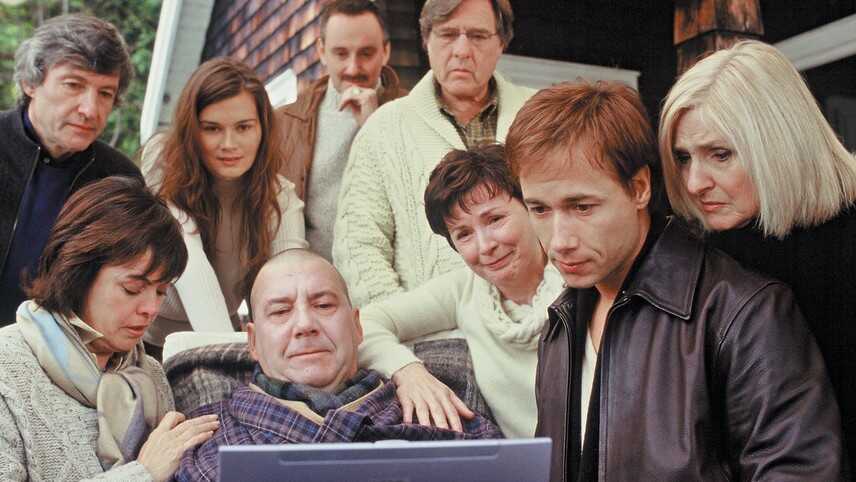 As Newington Green Film Club this is our second screening. We screen award winning movies once a month on Saturdays in 18th century chapel. If you wish to subscribe on our emailing list please send your email to NGFC@clubmember.org

The Barbarian Invasions (French: Les Invasions barbares) is a 2003 Canadian-French sex comedy-drama film written and directed by Denys Arcand. The film was screened at the 2003 Cannes Film Festival in May, where it received a 22-minute standing ovation, with distribution to 30 countries assured by the time Arcand received his Best Screenplay award. The film began playing in Quebec theatres in May and ran for months. It is considered historically significant as the first Canadian film to win the Academy Award for Best Foreign Language Film. Canadian historian George Melnyk interpreted it as a sign that “Canadian cinema has come of global age”. SUMMARY: During his final days, a dying man is reunited with old friends, former lovers, his ex-wife, and his estranged son.