Poliovirus is spreading in the community in North and East London. Following the discovery of type 2 poliovirus in sewage in north and east London, all children aged one to nine years in London will be offered a dose of the polio vaccine.

The announcement comes following a recommendation from the Joint Committee on Vaccination and Immunisation (JCVI) after further sewage sampling identified eight London boroughs, including Hackney, as areas with higher-than-normal levels of polio.

The NHS is offering the vaccine as an extra dose, or for children to catch up with their routine vaccinations, to ensure a high level of protection. Parents will be contacted by the NHS when it is their child’s turn to receive the polio vaccine. 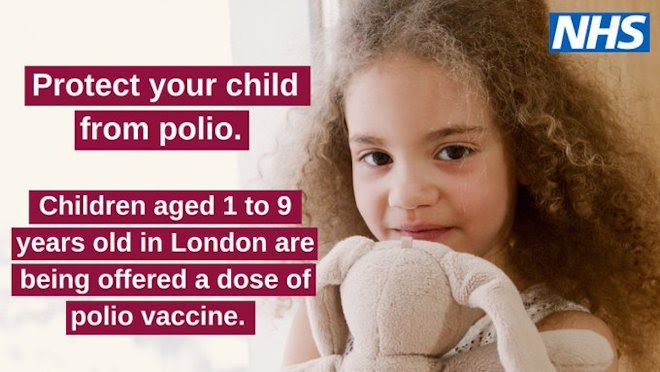